Austin Marketing has been working with Unicut Precision Engineering since 2011. Our close relationship with them continued to grow and we were commissioned to design and create them a new website in 2012 with renewed branding. This turned out to be incredibly well received, and so both the director and co-director of the business met with us to discuss us taking over the responsibility for all marketing and PR activity, as they were so pleased with the work that had been carried out on the website. 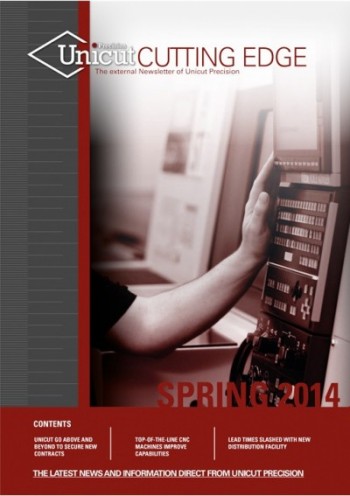 Therefore, in early 2013, we took on monthly SEO and marketing services, including press releases, articles, blogs on the site, as well as videos and a newsletter which were all produced in-house. In June, we undertook video activity to help Unicut find recruits for their business, which brought in good feedback about the careers area of the site, and helped with the future of the business.

In July, Unicut were pitching for a valuable contract with Eaton, who create components for a range of different sectors. Eaton asked for suggestions which would help them to incur fewer costs whilst taking on more work, and Unicut came up with the solution. This project involved creating a graphic-heavy brochure with specific video and animation work, which was later said to have been incredibly valuable in winning the contract. Unicut are now positioned as the preferred supplier for their area of the market within Europe.

More recently, in early 2014 we were contracted to create a newsletter and take photographs before MACH 2014, a machine part event for businesses in the manufacturing technology industry. This expo was held in Birmingham, in April 2014.