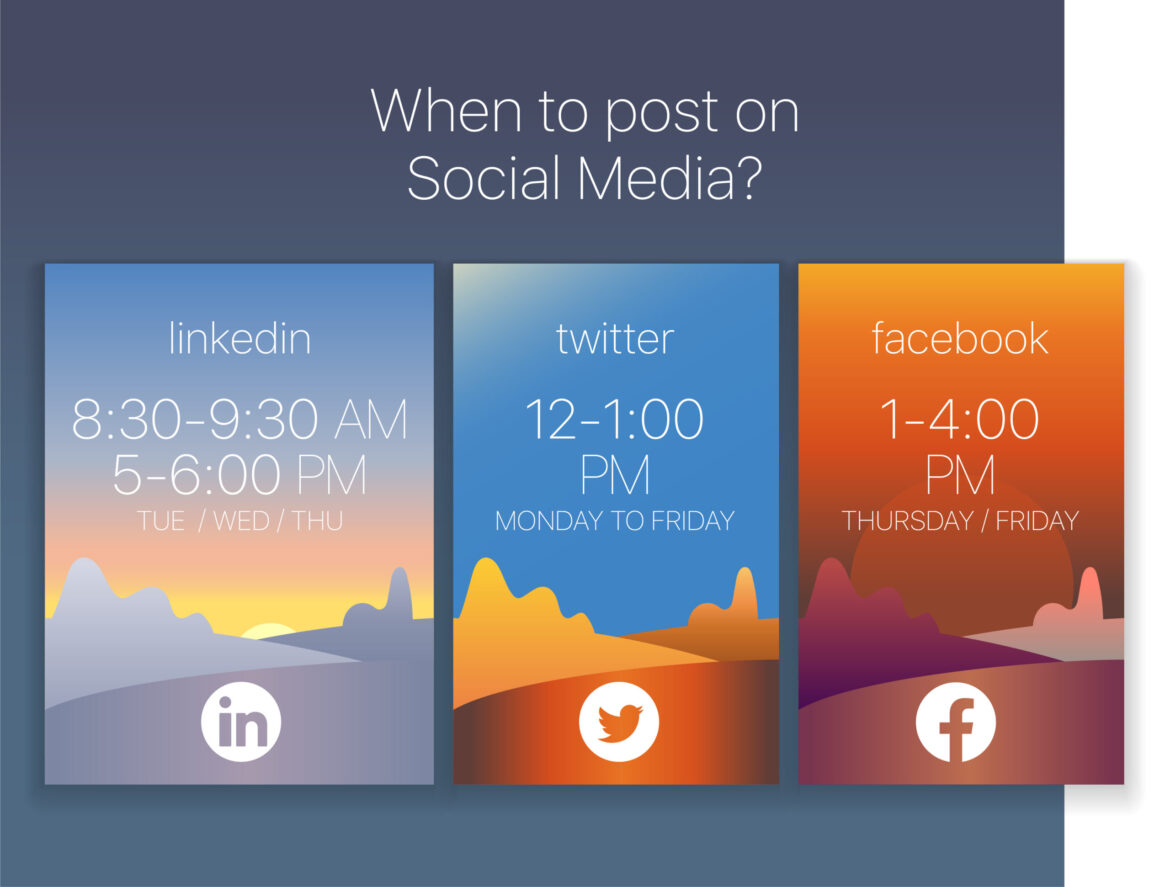 When is the best time to post on social media?

Following on from our very successful blog post on ways of utilising Social Media during lockdown, we felt we could expand further on these tips by giving you some of the best times to post on Facebook, Twitter and LinkedIn, for the best results. Have a look at our infographic for details.

Facebook
Thursdays and Fridays between 1pm and 4pm, as most desktop and mobile users browse Facebook during their ‘downtime’ during the working day.

Twitter
The best time to tweet in the UK is during the lunch hour. So between 12pm and 1pm, you should find a good number of active users.

LinkedIn
As LinkedIn is a professional site, it is more often used during the working day and during commuting hours. In the UK, LinkedIn posts tend to get the greatest engagement on Tuesdays, Wednesdays and Thursdays, between 7:30am to 8:30am and between 5pm to 6pm.